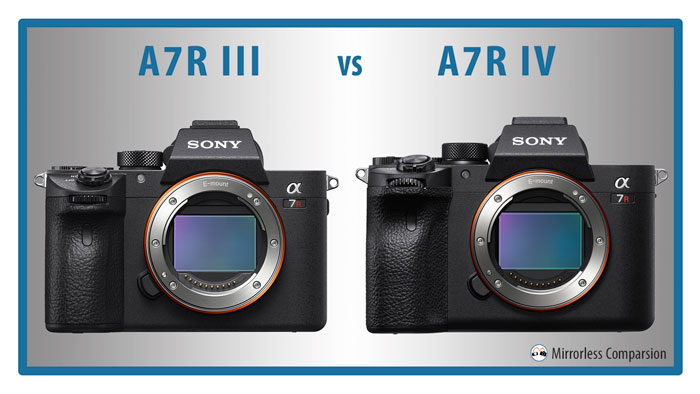 The R line in the A7 series has always been about resolution. After using the same sensor in the past two models (A7R II and A7R III), Sony has unveiled a full frame camera with the world’s first 61MP chip. But is there more under the hood than just megapixels? Let’s find out!

What the A7R III and A7R IV have in common:

Ethics statement: The following is based on our personal experience with the A7R III and the official information released by Sony about the A7R IV. When we get the chance to test the new camera, we will produce a full comparison between the two models. We were not asked to write anything about these products, nor were we provided with any sort of compensation. Within the article, there are affiliate links. If you buy something after clicking the link, we will receive a small commission. To know more about our ethics, you can visit our full disclosure page. Thank you!

The Sony A7R IV features a 61MP sensor. Such resolution is unprecedented in the digital full frame market. The Canon 5DSR was previously the model with the higher number of megapixels (50.6MP).

Both products have BSI (backside illuminated) sensors. Sony says that the new 61MP chip can deliver 15 stops of dynamic range at low ISOs, but the same claim was made for the A7R III, so we’ll have to see how else this new camera can deliver in addition to the obvious increase of resolution.

The sensitivity range is the same: 100 to 32000 ISO with extended values up to 102400 ISO and down to 50 ISO. Kudos to the engineering team here for keeping the same values despite the higher megapixel count.

Both cameras shoot RAW at 14-bit with compressed and uncompressed options. On the A7R IV, you can choose more aspect ratios such as 4:3 and 1:1.

The A7R III was the first Sony camera to introduce pixel shift multi shooting. It takes four consecutive images and moves the sensor by one pixel between each frame. With the Sony Imagine Edge software, you can combine these four shots to create a photo with more colour resolution. The number of megapixels stays the same (42).

On the A7R IV, this technology has been updated. The new camera can take 16 captures and moves the sensor by half a pixel between each shot. Not only does the colour resolution increases but the number of megapixels can also be extended to 240MP. You’ll still need the desktop software to composite the frames however.

The new camera benefits from the latest image processor and autofocus algorithm, which includes real time tracking where colour, patterns (brightness), and subject distance (depth) are analysed and processed with the help of what Sony calls advanced AI technology. Face and eye detection also work in real time.

The A7R III doesn’t feature the latest tracking algorithm but received real time Eye AF via a firmware update. Furthermore, both cameras have Eye AF for animals, which you can read more about in our dedicated article.

During the live stream, Sony highlighted on multiple occasions the benefits of the new camera when used not only in full frame mode but also when activating the APS-C function.

In crop mode, the A7R IV uses 26.2MP which is still a very good resolution by today’s standards (and it is higher than the 24MP of the a6400). The number of phase detection points available are 325. So it looks like the new model can be one of the most versatile in the A7 line-up, useful for landscapes and studio photographers as well as sports and wildlife aficionados.

Another benefit of the APS-C crop is the superior buffer capabilities since the camera deals with fewer megapixels. In full frame mode it can shoot up to 68 frames at 10fps, and this rating triples with the 26MP mode.

The APS-C crop is nothing new and can be a good option to use on the A7R III as well. Granted, you get fewer megapixels (18), but the number of phase detection points is almost the same (323). And of course less resolution should give the mark III model better buffer capabilities too.

Both cameras can record 4K up to 30p with full pixel readout in Super35 mode (APS-C). Because the A7R IV works with more megapixels when cropped, it is likely it can deliver better sharpness, although we have yet to see how much of an improvement there is.

In full frame mode, there is line skipping but Sony made a surprising step forward concerning the quality (sharpness and high ISO) with the A7R III. I’m not sure how good the mark IV will be however given the higher number of megapixel to deal with.

The A7R IV has an updated hybrid autofocus system and touch tracking AF like the a6400, but perhaps more importantly it introduces Eye AF for the first time in movie recording mode (all the previous cameras can only activate face detection). Eye AF can also be activated by touching a person on the screen.

The two products have other settings in common such as Slog2, S-Log3 and HLG profiles. The ISO sensitivity range is the same (100-32000).

Finally, Sony has insisted a lot on the updated Multi Interface Shoe that can now work with the digital signal of the new ECM-B1M Shotgun Microphone and XLR-K3M XLR Adaptor Kit which is supposed to deliver better audio quality.

Mirrorless cameras are entering another stage in the evolution of electronic viewfinders. Following the 2.3M dot panel (A7R II) and the 3.6M dot panel (A7R III), 5.7 million now seems to be the new benchmark and Sony didn’t miss the opportunity to bring this upgrade to the new camera.

The other specs are the same: they both use 0.5inch OLED panels, the magnification is 0.78x, the refresh rate goes up to 100fps (PAL) or 120fps (NTSC) and the eyepoint is approximately 23mm long.

The A7R III viewfinder is very good already, so I can only imagine the new one will be even better thanks to its extra resolution. I’ll be curious to see how it compares to the one found on the Panasonic S1R, which also uses 5.7M and is one of the best I’ve ever tested.

If you’ve read our other comparison articles, you’ll know that I’ve never been fond of the grip and ergonomics of Sony cameras.

After a timid attempt to improve the grip with the third generation, the modifications made to the body of the fourth generation A7R IV seem more substantial. The grip is more pronounced and more distant from the mount which means there should be more room for your fingers when using large lenses. I’m eager to try it and see how it feels in the hand.

Because of the new grip, Sony has also announced a new battery grip (VG-C4EM) that fits the design of the new camera better.

Sony has made a few other changes to the control layout of the camera. The multi-selector (AF Joystick) is larger and features a new surface texture that enhances the response. The AF-ON button has been enlarged, has a new location, and features a clicking mechanism to make it more precise.

The exposure compensation dial has a lock/unlock button to prevent accidental turning, and the rear dial has been re-designed and re-positioned.

The response of the touch screen has been improved and is approximately 1.5x faster than the A7R III according to Sony.

The A7R IV has a more resistant construction with additional sealing against dust and moisture.

They both feature a lightweight and durable magnesium alloy frame and six screws on the lens mount.

The mark IV model is ever so slightly larger and heavier in comparison to its predecessor, which confirms Sony’s intention to keep the design of its cameras as compact as possible.

The shutter unit has been upgraded to reduce shutter shock given the higher resolution of the new camera.

The A7R III and A7R IV have two slots that host SD cards. Both compartments are UHS-II compatible on the mark 4 model, whereas only slot 1 is on the mark III.

Furthermore, you can store a larger number of camera settings and up to 10 combinations on the memory card. These settings can be read by other cameras, imported into the Imaging Edge Mobile app and exported to other mark IV models. Perhaps this is an improvement that can come to the A7R III via firmware.

Tethering works via USB on both cameras but with the mark IV it can now work wirelessly too. The new model supports 2.4 and 5GHz to remotely control or transfer photos while shooting.

The FTP functionality has been improved and now supports background transfer which means you can send files to a remote FTP server while continuing to take pictures.

With the mobile app, the mark IV can transfer images to a smartphone or tablet even when turned off.

If you prefer to tether via USB, the A7R IV has the 3.2 Gen 1 interface with a faster transfer speed than the 3.1 Gen 1 port of the mark III model (almost double the speed).

The A7R III has a retail price of $3000 but can be found for less thanks to rebates and special offers. We expect the price to drop further now that the new camera is out.

The new sensor is tempting but I admit I’m not very interested in more megapixels. It is normal to see an increase of resolution as digital cameras evolve – after all, it has been like this since the beginning – so the A7R IV is welcome but I’m personally more curious about the other characteristics.

For example I’m interested to see how good the new grip and the updated button layout are. Perhaps Sony really has got it right this time! If it has, it means that this design is likely to come to future cameras including the A7 III successor.

I have no doubt that the new EVF will be a very good one and that the autofocus will perform extremely well. Sony has already given us enough proof that they can master AF technology better than anybody.

That being said, the A7R III does a lot already and can deliver superb performance when it comes to image quality. If you’re not interested in the megapixel race and would prefer to save some money, you’ll find that 42MP is more than enough.

Check price of the Sony A7R III on