This week, Sony announced the latest model in its range of mirrorless cameras with an APS-C sensor: the a6400. Unlike the existing models in the line-up, it features a LCD screen that flips up 180 degrees to facilitate v-logging and selfie shooting, and a more advanced autofocus system.

Another popular model that houses an APS-C sensor is Canon’s EOS M50. Despite being an entry level model, it is the first camera in the line-up to feature the new DIGIC 8 image processor and 4K video. Because it shares a number of characteristics with the Sony camera, we felt it would be interesting to pick out the main differences and by doing so, hopefully help you decide which is best for your needs.

Ethics statement: The information supplied in this article is based on official specifications and our personal experience with Canon and Sony cameras. We were not asked to write anything about these cameras, nor were we provided with any sort of compensation. Within the article, there are affiliate links. If you decided to buy something after clicking the link, we will receive a small commission. To know more about our ethics, you can visit our full disclosure page. Thank you!

As you can see, the a6400 has a flat-topped design with the EVF positioned on the left-hand side of the body whereas the M50’s EVF is located inside a protrusion on top of the camera in the traditional SLR style. The measurements below show that they are similar in size, although the protruding viewfinder does add some height to the Canon.

The M50 lacks weather-sealing, so you shouldn’t really take it out in the rain without some sort of protective cover, whereas the a6400 benefits from dust and moisture resistance, as well as a magnesium alloy chassis. The Sony camera has a larger grip, making it easier to use with large lenses, but the overall ergonomics of the Canon are better.

Concerning the buttons and dials, there aren’t many relevant differences. Both have a traditional PSAM dial on top and a single control dial to adjust exposure. The rear is home to the LCD screen (which we’ll talk about in the next section), four-way pad and a number of buttons. Both feature a pop-up flash and a hot shoe for accessories.

A small difference is that the a6400 can be charged via USB while the EOS M50 cannot.

Both the a6400 and EOS M50 incorporate a rear-facing tiltable screen in a bid to appeal to vloggers and users who want to upgrade from a smartphone. However the way in which they’ve been implemented is different.

The M50 uses a 1040K-dot multi-angle type LCD monitor that flips out to one side, leaving the top of the camera free to attach accessories such as an external microphone.

The a6400, by contrast, features a 921K-dot LCD screen that tilts up by 180 degrees. This solution works if you don’t plan on attaching any accessories to the hot shoe while recording a video but most serious vloggers will at the very least require an external microphone to improve the audio quality. Of course there are ways to overcome this such as cages and other similar accessories, but we feel that Canon’s solution is more intelligent out of the box.

Both screens are touch sensitive but you can do more with the EOS M50 version. Operations include taking a picture, changing the AF point, selecting options in the menu, swiping through pictures in playback mode, and pinching to zoom. With the a6400, you can only change the AF point or start tracking a subject.

Both cameras use a fast hybrid AF system but there are some differences worth pointing out.

The a6400 boasts more points – 425 phase and contrast detection points to be precise – with 84% coverage. Sony also claims that the camera has the world’s fastest AF acquisition time of just 0.02 seconds. Also interesting is the improved automatic subject motion tracker which uses a newly developed algorithm that draws on colour, pattern, subject distance and face/eye information to recognise, and hold onto, subjects.

Both cameras offer -2EV sensitivity in low light in addition to face and eye detection. However the eye detection algorithm of the a6400 is more advanced. Not only can you tell the camera to focus on the left or right eye but a future firmware update will also extend this feature to animals. Whereas the Sony version of EyeAF works in both single and continuous AF, that of the M50 is only available in One Shot AF.

The EOS M50 was the first mirrorless camera from Canon to record 4K video. It can do so at a maximum of 25p (24p in North America) / 120Mbps but because the camera performs a 1.6x crop on the sensor, the field of view is narrower for video than it is for stills. Also, the autofocus only works with contrast detection AF in 4K. In Full HD, the camera can record up to 60fps / 60Mbps. In either resolution, the maximum recording time is 30 seconds.

By choosing the Sony, there is much more to be gained on the video front. You get 4K movie recording at up to 30fps / 100Mbps with full pixel readout and no pixel binning without any sensor crop. It does this by oversampling the equivalent of 6K footage and and converting it to 4K. 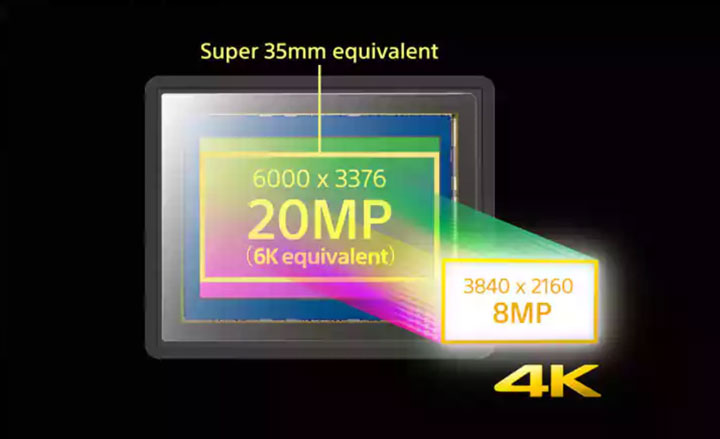 Phase detection autofocus works at both resolutions and there is no maximum recording time according to initial reports. It also comes with a plethora of other interesting features such as:

Both have a 3.5mm microphone input but lack a headphone output for audio monitoring.

The M50 can record at 10fps with focus locked on the first frame or 7.4fps with continuous AF. This puts it a step behind the a6400 whose maximum continuous shooting speed is 11fps with AF/AE. If you want a live view of your scene, you need to switch to 8fps. This is also the maximum speed at which the electronic shutter can be used with C-AF on the a6400. 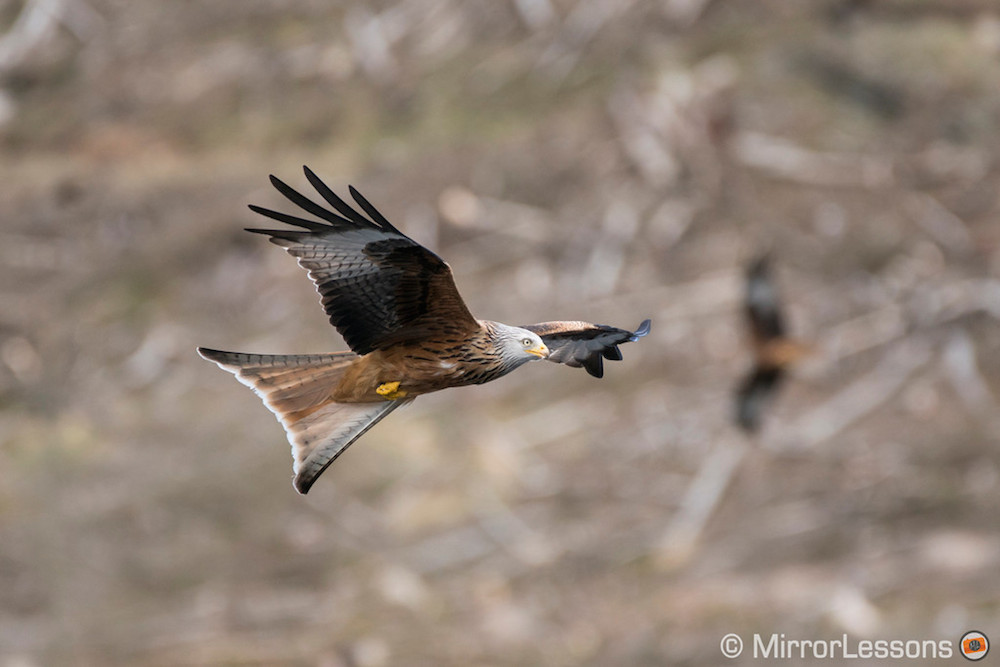 Looking at the official specifications, the M50 can record 33 frames in JPG and 10 frames in RAW at 10fps. The a6400 by contrast can manage 99 Extra Fine JPGs or 46 RAW frames at the fastest speed.

For the first time on a Canon EOS M body, there is a silent shutter option. However it is more limited in its functionality compared to the a6400. First of all, it is only available via a SCN preset, which means exposure is automatic. What’s more, it doesn’t support burst shooting, Eye AF or continuous autofocus.

The silent shutter on the a6400 is more advanced. You can use it in either S-AF or C-AF in all shooting modes and it supports burst shooting up to 8fps with C-AF.

Unlike other mirrorless models, neither camera extends the upper shutter speed range when using the electronic shutter.

Canon’s EOS M system hasn’t grown much since the arrival of the first EOS M camera. As of today there are just eight lenses in the range but only two have a fast aperture: the 22mm f/2 pancake and the 32mm f/1.4. All the other lenses are zooms with slower apertures with the exception of the 28mm f/3.5 macro.

Because these lenses are all relatively small, the EOS M system is currently the most compact APS-C mirrorless system out there. If you want to adapt DSLR lenses to the camera, you can use Canon’s EF mount adapter but on such a small camera, it doesn’t make a lot of sense.

There are many more lenses you can use on the a6400. Granted, the native APS-C line-up isn’t perfect, being made up of many slow-aperture zoom lenses, but there are f/1.8 primes for portraits and f/4 zoom lenses such as the 16-70mm Zeiss and the 18-105mm G. Sigma and Zeiss also produce some AF prime lenses for the E-mount (DN and Touit series). And let’s not forget about the wide range of FE lenses for Sony’s full-frame series, all of which are compatible with the a6400. 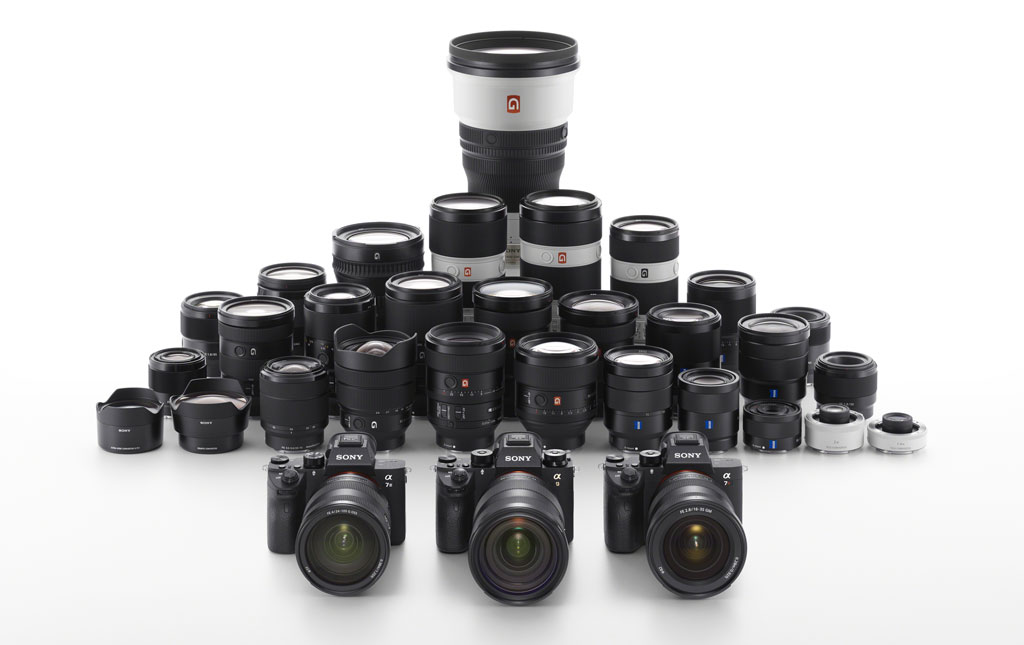 Finally, if you prefer to adapt lenses, there is the LA-EA3 Sony adapter that lets you use A-mount lenses, as well as third-party adapters for EF lenses.

The a6400 employs the standard NP-FW50 battery used for most Sony APS-C models, which can deliver approximately 360 shots with the viewfinder or 410 shots with the LCD monitor active.

As for the Canon, its LP-E12 battery can manage approximately 235 shots or 370 in Eco mode.

As with any two models that target a similar user-base, there are pros and cons associated with each.

The EOS M50 enjoys a more ergonomic design and an LCD screen that flips out to the side, whereas the a6400 benefits from more advanced video specifications, better AF and burst shooting capabilities, and a wider selection of native lenses.

Although thorough side-by-side tests are necessary to draw to a final conclusion, there are certain features lacking from the EOS M50 that are standard on most other mirrorless models within the same category, such as 4K video without such a large sensor crop and an electronic shutter that works in all modes.

That being said, the Canon camera is also less expensive than its rival, so it is worth considering if you aren’t overly bothered about video, sports or wildlife photography.

Check the price of the EOS M50 on B&H Photo