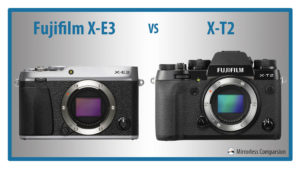 The X-E3 is the latest addition to Fujifilm’s popular APS-C range of mirrorless cameras and inherits all the latest technology the brand introduced with the flagship X-Pro2 and X-T2 back in 2016. More specifically they share the same: 24MP sensor and image processor ISO sensitivity range (200-12800, 100 to 51200 with the extended values) autofocus system […] 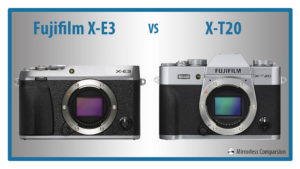 The X-T20 is an extremely popular camera, not least because it provides the best Fujifilm has to offer in terms of image quality and autofocus performance at an attractive price. Now there is a second Fujifilm camera that can fit into this category: the brand new X-E3. 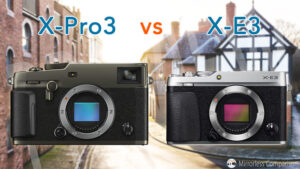 After launching the X-Pro1 back in 2012, Fujifilm introduced a more affordable model the following year, the X-E1. It preserved the rangefinder concept of having the viewfinder on the left-hand side of the body, but featured an electronic version rather than the innovative hybrid viewfinder of the Pro model. Over the years, the series has […] 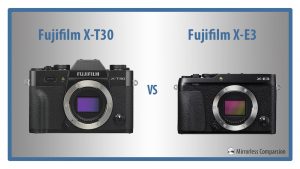 Fujifilm’s mid-range selection of cameras consists of two body types: the double-digit X-T cameras which have a similar design to SLRs, and the flat-topped X-E range. The latest models in each series are the X-T30 and X-E3, but because they were announced over a year apart, there are a number of interesting differences in their […] 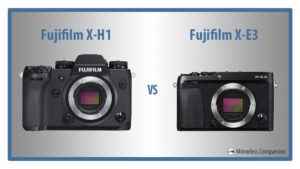 As far as X-Series cameras go, you can’t get much more different than the flagship X-H1 and the mid-range X-E3. The X-H1 is the most robust, most advanced and unsurprisingly, most expensive Fujifilm camera to date. It is also equipped with features never before seen on an X-Series camera, the most important being 5-axis in-body stabilisation. The X-E3, […]