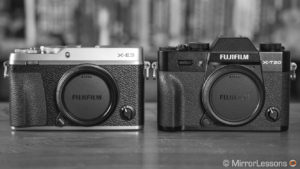 Updated on: July 1st, 2018 Many cameras, even those of different brands, often share the same technology, so the only way to draw a precise comparison is to look at the design and other aspects that don’t necessarily jump out at you right away. However sometimes two products are so similar that the differences between […] 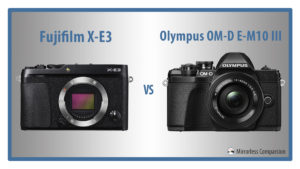 The Fujifilm X-E3 and Olympus OM-D E-M10 III are both brand new entries on the mirrorless market and are equipped with much of the latest technology found on the flagship cameras from their respective brands. Whereas the entry-level E-M10 III debuts as the second 4K-capable camera from Olympus after the OM-D E-M1 II, the mid-range […] 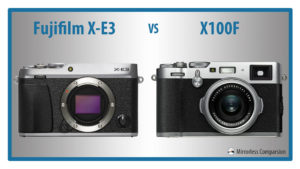 The X-E3, being the latest camera to join Fujifilm’s family of third-generation X-series cameras, shares many key components with other recent models from the brand but perhaps the least obvious point of comparison is the X100F. The two cameras share a similar rangefinder philosophy, the same 24MP sensor and the same image processor but differ […] 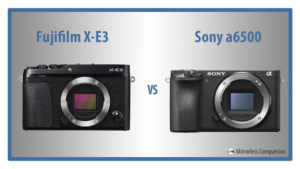 The Fujifilm X-E3 is the much-awaited update to the company’s premium rangefinder-style mirrorless camera, the X-E2s, which was introduced in early 2016. It can be considered a more budget-friendly version of the X-Pro2 owing to its rangefinder design and many advanced features such as a 24MP APS-C X-Trans III sensor with excellent dynamic range, an […] 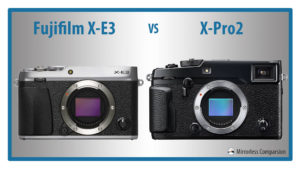 If the X-T20 represents a more affordable version of the flagship X-T2, the new Fujifilm X-E3 can be considered the less expensive sibling of the flagship X-Pro2. These two separate branches – SLR and rangefinder – have much in common in terms of technology and features but differ in their design philosophy. For instance, in […]