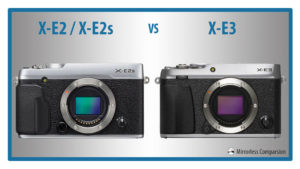 If we exclude the X-E2s, it took Fujifilm close to four years to provide the X-E series with a relevant update. Why exclude the X-E2s from this equation, you might ask? Well, simply because the “s” version brought nothing more than a slightly re-designed front grip and an Auto mode. The X-E3 feels like a […] 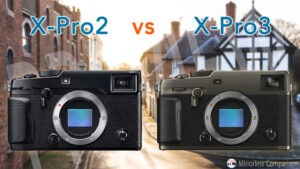 The X-Pro1 marked the birth of the Fujifilm interchangeable-lens series. I remember it quite well because from the start, it provided a unique user experience thanks to its hybrid viewfinder and retro style dials (the same concept as the X100 series that began one year earlier). Then came the X-Pro2 which, in addition to inaugurating […] 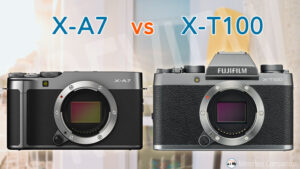 Today Fujifilm announced the latest model in its series of entry-level cameras, the X-A7. Although it formally replaces the X-A5, it is fair to wonder how it compares to a similar entry-level product from Fujifilm, the X-T100. Let’s take a look at all the main differences below! 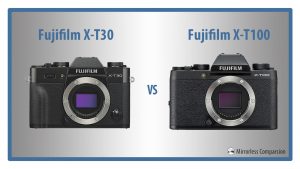 Back in 2014, the X-T1 catapulted Fujifilm to success on the consumer market. Not only was it the first X Series camera to seriously target advanced users, but it also inaugurated the popular X-T line-up which now consists of seven models that target different types of users. In this preview, we’re going to be looking […] 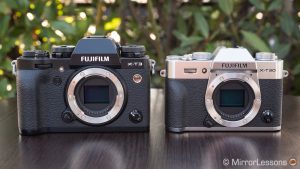 Fujifilm has dubbed its latest product, the X-T30, “The Little Giant” and for good reason – it sports many of the most exciting features of the flagship X-T3 in a smaller and more affordable package. These include the latest X-Trans IV sensor, the most advanced version of Fujifilm’s hybrid autofocus system to date, impressive burst […]