The new X-T3 is the most advanced X-T camera to date, boasting impressive specifications such as a new X-Trans sensor, advanced video specifications, an updated hybrid autofocus system and impressive continuous burst speeds to name a few.

So why would we consider comparing it to the X-T20, which is not only close to two years older than the X-T3 but also a rung below in the hierarchy of X-T cameras?

Well, the truth is that the X-T20 is a very popular camera and still has much to offer, especially to those who are keen on owning an X Series camera but can’t afford or justify the expense of a high-end model. In this comparison preview, we’re going to cover all the main differences between these two cameras to help you figure out whether “mid-range” or “top-of-the-line” is right for you.

Ethics statement: The information supplied in this article is based on official specifications and our personal experience with Sony and Fujifilm cameras. We were not asked to write anything about these cameras, nor were we provided with any sort of compensation. Within the article, there are affiliate links. If you decided to buy something after clicking the link, we will receive a small commission. To know more about our ethics, you can visit our full disclosure page. Thank you!

The first difference worth pointing out is that the X-T3 uses a brand new version (4th generation) of the APS-C X-Trans sensor which has a resolution of 26.1MP and a backside illuminated structure that allows the sensor to gather more light, more efficiently. The X-T20, on the other hand, uses the X-Trans III type with 24.6MP and no BSI structure.

Thanks to the increase in speed of the sensor readout of the X-T3, there is less rolling shutter effects for stills (when using the electronic shutter) and video. The new Quad Core X Processor 4 is three times faster than previous models. 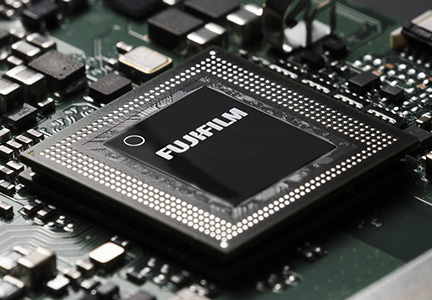 The X-T20, just like the other cameras featuring the third generation X-Trans sensor, has good low light capabilities up to ISO 12800. The new X-T3 sensor doesn’t bring any relevant improvements in terms of sensitivity and dynamic range (you can check out our X-T2 vs X-T3 full article with side by side images to find out more).

Fujifilm cameras have come a long way in terms of autofocus performance since the early days of the X Series, so it should come as no surprise that the X-T3 pushes the boundaries further than ever before.

Its hybrid autofocus system features a total of 117 points on a 13×9 grid which can be further subdivided into 425 points on a 17×25 grid, making it the Fujifilm camera with the most number of points. (Note that the same number is found on the GFX medium format model.)

Phase detection autofocus in low light is also more sensitive at -3EV. (We suspect the X-T20 is rated at -0.5 EV.)

Fujifilm has also improved face and eye detection – the latter also being available for 4K recording – whereas on the X-T20 you can only activate it with Full HD.

Both cameras come with Fujifilm’s AF-C Custom Settings whose job is to help you customise the reactivity and speed of the autofocus according to the subject in question.

The X-T3 boasts some pretty impressive continuous shooting speeds. With the mechanical shutter, you can shoot at 11fps but switching over to the electronic shutter raises this to 20fps, or 30fps in crop mode (16MP). AF and AE tracking are maintained at all speeds.

The electronic shutter provides a blackout-free live view of your scene with a refresh rate of 40fps or 60fps in crop mode. This makes the X-T3 the second mirrorless camera after the Sony A9 to maintain an uninterrupted live view when shooting at high speeds. Blackout-free shooting is interesting for genres such as birds in flight as you can more easily follow the subject and react to quick changes in movement.

The specifications of the X-T20 aren’t nearly as impressive (8fps with the mechanical shutter or 14fps with the electronic shutter) but are still good enough for casual sport or action shooting. It doesn’t provide a blackout-free live view either: at 8fps it displays the last image taken whereas at 5fps you get live view with blackouts even when using the e-shutter.

As for the buffer, the X-T3 looks more promising, offering approximately 49 RAW frames or 200 JPGs at 8fps. The X-T20 by comparison can only manage 25 RAW / 62 JPG frames for a similar burst.

Although both cameras are 4K capable, there are some pretty big differences in the video department as we’ll find out below.

To start with, the X-T3 becomes the third mirrorless camera after the video-oriented Lumix GH5 and GH5s to record 4K at 60fps internally and that’s not all – it also offers 4:2:0 10-bit colour depth. (The two Panasonic cameras are capped at 8-bit at 60fps by comparison but can do 4:2:2 10-bit up to 30fps.)

The X-T20 offers 4K but the maximum frame rate is 30fps, the bitrate is slower at 100Mbps and you won’t find an All-Intra  or 10-bit option.

The X-T3 crops the sensor by 1.18x when recording 4K video at 60fps but uses the entire width of the sensor at 30fps. The X-T20 doesn’t crop at 30fps either but because it performs line skipping, the footage isn’t as sharp.

Turning to Full HD, the X-T3 offers a maximum frame rate of 120fps at 200Mbps for slow motion footage. There is a 1.29x sensor crop when recording this speed, which allows the camera to produce better quality. The X-T20 by comparison can only record at 60fps.

Given the high-end video specifications of the X-T3, it is only natural for it to have extra video-related features.

In addition to the F-Log flat profile and Eterna film simulation mode for video, both of which can be recorded internally to an SD card, Fujifilm has also promised a hybrid log gamma (HLG) via firmware update later on this year.

Other improvements include the addition of zebra pattern and improved rolling shutter. The DR settings are also available for video and with DR400% you can achieve 12 stops of dynamic range. Fujifilm also claims to have added a new and more efficient noise reduction algorithm.

Finally we have the silent mode feature whose job is to disable all the buttons/dials and let you use the touch screen to change your settings in movie mode.

Looking at the X-T20, you could easily dub it a “miniature X-T3” if all you went on was its appearance. It has a similar design to the high-end model with a centrally placed electronic viewfinder (more on this in the next section) and the look of a retro SLR. The exact difference in dimensions and weight are as follows:

Size and weight aside, there are some other physical differences that set the two cameras apart. For one, the X-T3 has dedicated ISO and metering dials in addition to the shutter speed, exposure compensation and drive dials found on both cameras. Both have a focus switch out front but only the X-T3 has an AF joystick on the rear. The X-T20 comes with a built-in pop-up flash whereas for the X-T3, you have to connect to a separate speedlight (the small EF-X8 is included in the box).

A feature that will interest professionals is the X-T3’s rugged weather-sealed chassis, which allows it to stand up to dust, moisture and cold conditions. It also has a larger grip out front.

They share a hot shoe on top of the EVF, a four-way control pad on the rear and a good number of customisable buttons (a few extra on the X-T3). You have the option to purchase them in either black or silver.

Both the X-T20 and X-T3 use a 3-inch touch sensitive LCD monitor with the difference that X-T3’s swivels up, down and to the side for vertical shooting. (The X-T20 utilises a two-way tilting type by comparison.) They also share the same resolution (1040K dots) and aspect ratio (3:2).

On the X-T3 you can do more things with touch sensitivity, the most important being the configuration of four flick gestures (left, right, top or bottom) that activate four different settings. Think of it as a digital version of a configurable 4-way pad.

Another feature never before seen on an X Series camera is pre-capture. Put simply, the camera preloads a certain number of images to the buffer when you half-press the shutter button. When you fully depress it, the camera saves the most recent images to the SD card. Other mirrorless cameras have a similar function and we’ve found it particularly useful for capturing fast-moving insects or wildlife.

Sports Finder on the X-T3 crops the sensor by 1.25x and gives you 16.6MP files. In this mode, the EVF displays bright frame lines that don’t crop the native field of view of the sensor, so you can see outside the cropped area and anticipate the action.

Finally we have Digital Microprism and Dark Ambient Lighting display. The former is a new manual focus assist that simulates focusing through an analog SLR viewfinder whereas the latter helps you preserve your night-adapted vision by turning the background of the LCD grey and red (similar to the Night mode of some Panasonic cameras).

Because the X-T3 is a professional product, you can purchase a vertical battery grip, not only to improve the handling, but also to prolong the battery life.

Designed to be dust-resistant, weather-resistant and freeze proof down to -10°C, it holds two additional batteries to increase the maximum number of shots to 1,100. The grip features a shutter button, focus joystick, AE-L button, AF-L button, front and rear command dials, Q button and Fn button. 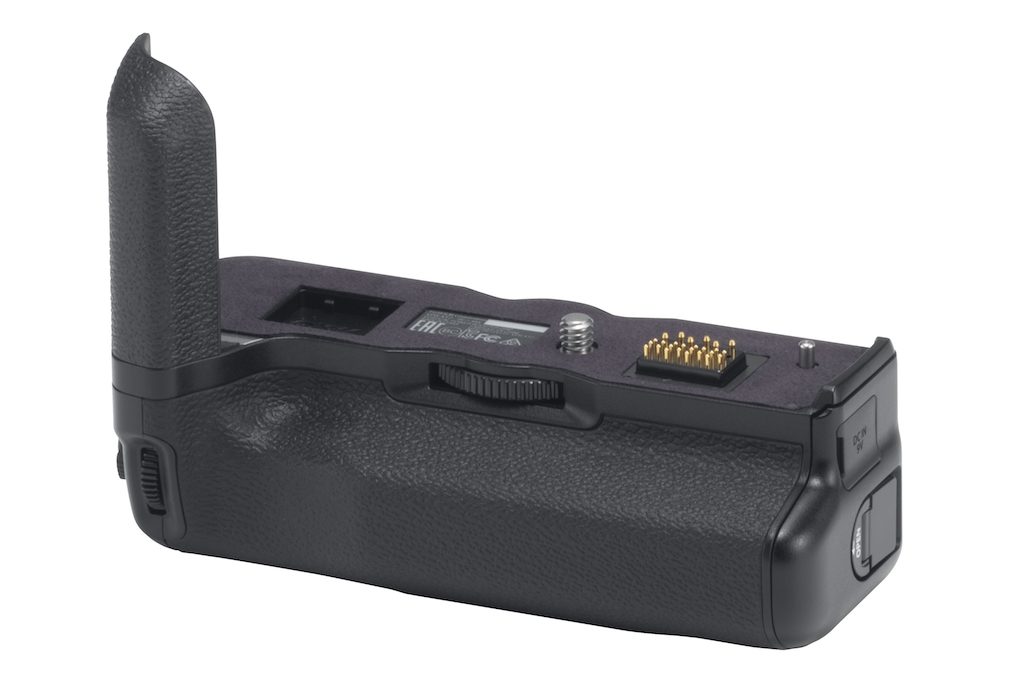 There isn’t an official battery grip available for the X-T20 but if you want to improve the handling, you can buy a hand grip such as the MHG-XT10. (Check out our X-T20 accessory list to find out more.)

Note that the battery life of the X-T3 on its own is rated at 390 frames whereas the X-T20 is rated at 350 frames. Both can be charged via USB.

As we stated in the introduction, the X-T3 and X-T20 are intended for two very different groups of users. The former is the most powerful Fujifilm X Series camera to date in terms of sensor performance, autofocus capabilities and video specifications, whereas the latter is meant for those who require good all-round performance but don’t necessarily need the best of the best.

The X-T20 is also ideal if all you’re looking for is a portable body to use with small primes, whereas the X-T3’s ergonomics allow it to be paired with pretty much any kind of lens including long telephoto zooms thanks to the possibility to attach a vertical battery grip.

Check the price of the X-T3 on

Check the price of the X-T20 on