Who would have thought that one of the most interesting products announced at Photokina 2018 would come from Zeiss, a brand mostly known for its high quality still and cinema lenses. The company is no stranger to designing cameras but up until now, its portfolio has only included film models, with the last one being the Ikon M-mount rangefinder released 14 years ago.

The ZX1 is Zeiss’ first digital camera. It is designed to act like a smartphone as far as quick editing and sharing are concerned but maintains the form factor of a proper creative photographic tool. To be fair, this is not the first attempt of this kind. Many Samsung cameras in the now-discontinued NX series didn’t require a connection to a mobile device thanks to their direct sharing capabilities (email, social media). The Korean brand also released a camera with 4G run by an Android operating system (the Galaxy NX) but the experiment was a failure.

The ZX1 is here to bring us a step closer to eliminating the gap between cameras and smartphones and seems to offer a simple yet powerful experience, without excluding the traditional controls photographers enjoy on a camera.

We could say that there is nothing like it on the market right now, except that the ZX1 isn’t the only compact camera with a 35mm sensor. Sony has released three products within its RX1 series so far, the latest being the RX1R mark II. Let’s take a look at how the two compare!

Important note: The ZX1 will be available in 2019 but we still don’t know all the specifications or the price. The ten points below are based on the information we know so far. We will update the article when new details start to surface.

Ethics statement: the following is based on official press releases and our direct experience with the RX1 mark II. Within the article, there are affiliate links. If you buy something after clicking one of these links, we will receive a small commission. To know more about our ethics, you can visit our full disclosure page. Thank you!

The first striking difference between the two cameras is the design. Zeiss has opted for a modern and minimalistic metal chassis that more closely resembles an abstract concept than a final product.

The dimensions are more generous than those of the RX1R II: the ZX1 is almost 3cm wider and taller. The depth (including the lens) is more similar, with the Zeiss camera being 6mm longer. There is also a big difference in weight: the ZX1 is almost twice as heavy as the Sony.

We had the chance to test the RX1R II and the body is really compact much like the RX100 series. The new ZX1 doesn’t aim for compactness for a few reasons we will explore further down. Perhaps Zeiss also wanted to design a bigger camera to make it more comfortable to hold. However given its unusual shape, I’ll reserve judgement until I can get my hands on a copy. Because the RX1 camera is so small, the ergonomics aren’t the most comfortable.

Another major difference with the two cameras is the button layout. The ZX1 has three main controls: shutter speed, ISO dial and the aperture ring on the lens. On the rear there is an additional button above the screen, and a touch tool bar on the right side of the LCD to control various settings.

The RX1 model has an aperture ring on the lens but everything else is different. On top there is a classic mode dial as well as an exposure compensation dial. On the rear you’ll find a command dial, control wheel and various buttons. Overall the layout is similar to many other Sony cameras.

One advantage I can see of the RX1 is more customisable buttons (there are two on the camera plus the rear wheel) whereas it’s unclear how customisable the ZX1 is (perhaps the rear button and some touch gestures on the screen).

We can also notice the different material used for the aperture and focus rings. The ones on the ZX1 are covered with rubber, a solution that Zeiss has adopted for many of its recent autofocus and manual focus lenses.

One of the reasons the ZX1 is larger is that it incorporates a large 4.3-inch screen on the rear. It is fixed, has 922k dots and offers many touch functionalities including the possibility to edit your images. 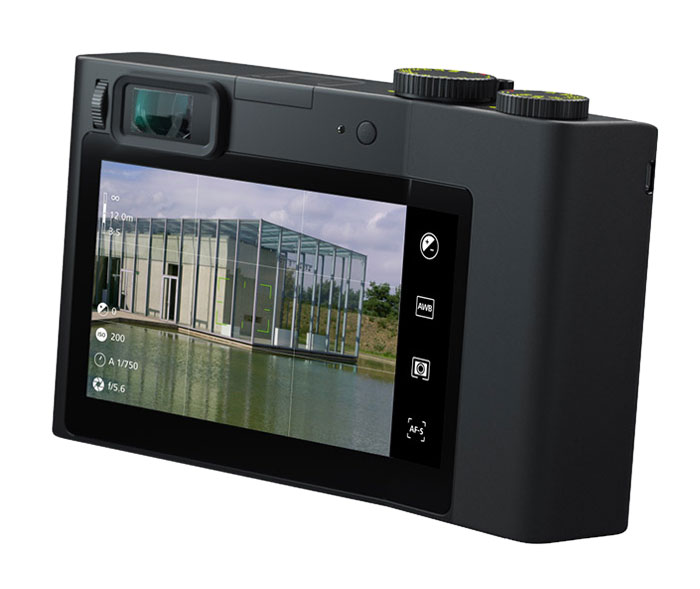 The RX1R II offers a 3.0-inch two way tilting screen (up and down) with 1,228k dots but lacks touch sensitivity. 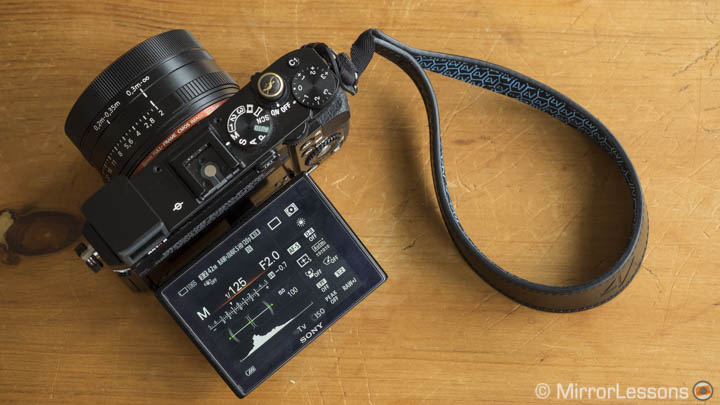 The ZX1 features a new 35mm format sensor developed by Zeiss and built by Sony. It has 37.4MP and an ISO sensitivity of 80 to 51200. I’m assuming this is the normal range but there is no information about extended values as of now.

The ZX1 also features a 35mm lens and while we could easily assume it is the same found on the Sony camera, Zeiss states it has a new optical design. It has a Distagon design with 8 elements in 5 groups and 2 double-sided aspherical elements. The RX1 lens has a Sonnar design with 8 elements in 7 groups and 3 aspherical elements.

The RX1 II has better minimum focus capabilities with a minimum distance of 20cm (in Macro mode) versus 30cm on the ZX1.

The ZX1 uses an autofocus system with 255 points. At this stage there are no hints about whether it features on-sensor phase detection or contrast detection only.

The RX1R II has a hybrid system with 399 phase detection points that cover 45% of the sensor, as well as 25 contrast detection areas. It includes face and eye detection.

The Zeiss can shoot in continuous mode at 3fps whereas the RX1R II is faster at 5fps, or 2.5fps with continuous AF.

Note that both cameras use a leaf shutter which is not only quieter but also allows you to use HSS with any flash. However the speed can be limited at the fastest aperture due to the nature of the mechanism. For example on the RX1R II goes up to a maximum of 1/2000s at f/2.

The ZX1 offers 4K video up to 30fps or Full HD up to 60fps, but we don’t have any information about the codec, bitrates or pixel readout.

The Zeiss camera has a built-in 0.7-in viewfinder with 2 million dots of resolution and a magnification of 0.74x.

The RX1R II has a smaller EVF (0.39-in) with slightly more resolution (2.36M dots) and the same magnification.

A unique characteristic of the Sony is that the viewfinder must be popped out, just like the RX100 series (mark III model onwards). It’s one of the many technical marvels of the brand when it comes to miniaturisation.

The ZX1 is the first digital camera to feature an SSD drive with 512GB. There isn’t a memory card slot but it suffices to say that the internal space will be more than enough to store your images. Zeiss says the camera can record up to 6,800 RAW files (DNG) files, 50,000 JPGs or 20h of 4K video. You can also arrange your content into different collections.

The RX1 II has one SD card slot located at the bottom inside the battery compartment. Memory space is determined by the capacity of your memory card. You can find capacities up to 1TB but they can get very expensive.

According to the Zeiss website, the ZX1 will allow you to connect an external drive to the USB Type C port to offload images.

Perhaps the most interesting feature of the ZX1 is that the software is based on the Android operating system and that it integrates the Lightroom CC mobile app directly into the camera. You can edit RAW files on the fly and transfer them to your computer or share them to cloud storage or social media. 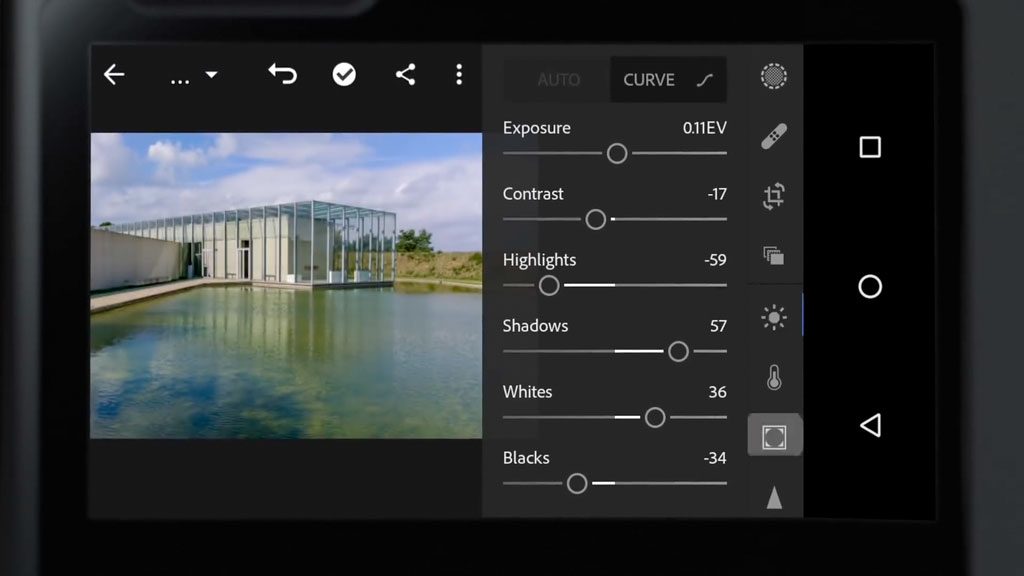 With the ZX1, you’re meant to do everything in camera, thus removing the intermediate step of editing images on your tablet, smartphone or computer. The promo video promises good performance with reactivity and speed when adjusting the various parameters. Of course we’re curious to see how this performance will be in real life given that you’ll be dealing with 37MP RAW files, and how practical it will be to edit on the 4.3-inch screen.

One advantage of using Lightroom CC is that it will most certainly let you synchronise your workflow with your desktop version. In this way, you can edit in-camera to create a quick preview for social media, and wait to do more serious processing at home, all with the same file.

The RX1 II doesn’t offer anything as powerful as Lightroom but is compatible with the Playmemories store where you can download various apps. Some of them come at a small cost but add interesting functionalities such as time-lapse, Digital Filters or Live Composite.

Most cameras that include WiFi capabilities require a mobile device to share images. The ZX1 will incorporate all the features you need directly.

This is a key component of mobile photography and one of the reasons smartphones are so popular. You can do everything with one device including posting on your favourite social media accounts or backing up image to cloud storage. 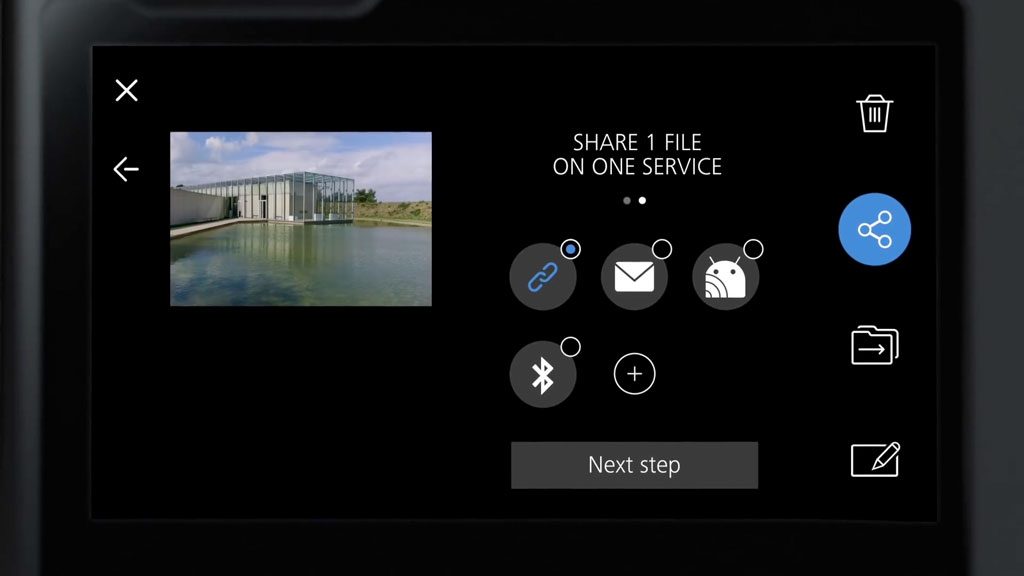 The Z1X allows you to do all this but with a full frame sensor and a high quality prime lens. We hope that the connection process is easy to perform but we’ll have to see how quickly a constant WiFi connection can drain the battery (although I am sure you can choose to connect only when you’re ready to share a picture).

The ZX1 will also offer Bluetooth, automatic firmware updates and the possibility to back up and access files remotely from a server.

The RX1R II has WiFi and NFC capabilities but you need a smartphone or tablet to use it. You can transfer images (JPG only), edit them on your phone and publish them, or remotely control the camera with the phone. The latter is an interesting feature that could be helpful on the Zeiss model too.

If you prefer physical connections, the ZX1 does feature one USB C port, and Zeiss states that audio in and out as well as HDMI out are possible via the same port. The RX1 has USB 2 and Micro HDMI ports.

Zeiss hasn’t released a CIPA rating yet but we know the battery has a capacity of 3,190mAh which is quite high. By comparison, the small battery of the RX1R II is almost three times less efficient (1250mAh) and has a CIPA rating of just 220 shots.

So it is likely the battery life will be better on the Zeiss camera. The official website also suggests you’ll be able to charge the ZX1 while shooting.

Without the entire list of specifications and a first hands-on experience with the Zeiss ZX1, it is difficult to share a definitive conclusion.

Our experience with the RX1R II was very positive as far as image quality and autofocus are concerned. The small body has its advantages but the overall user experience isn’t without its flaws.

The ZX1 certainly embraces a completely different approach. The larger body and grip should make it more comfortable to use but I won’t draw any conclusions until I test it directly.

The idea of editing and publishing your RAW files in camera is very interesting but at the same time a bit of a contradiction. Do we need a Zeiss camera and lens (which will certainly not be cheap) to quickly share images on the fly on social media? Probably not, unless you like the idea of sharing a quick preview and then processing your images more seriously using the same RAW file and the convenient sync capabilities of Lightroom CC.

But price aside, for now I have a hard time imagining if I will enjoy this product or not. But the geek within me can’t wait to try it!

Check price of the Sony RX1R II on: