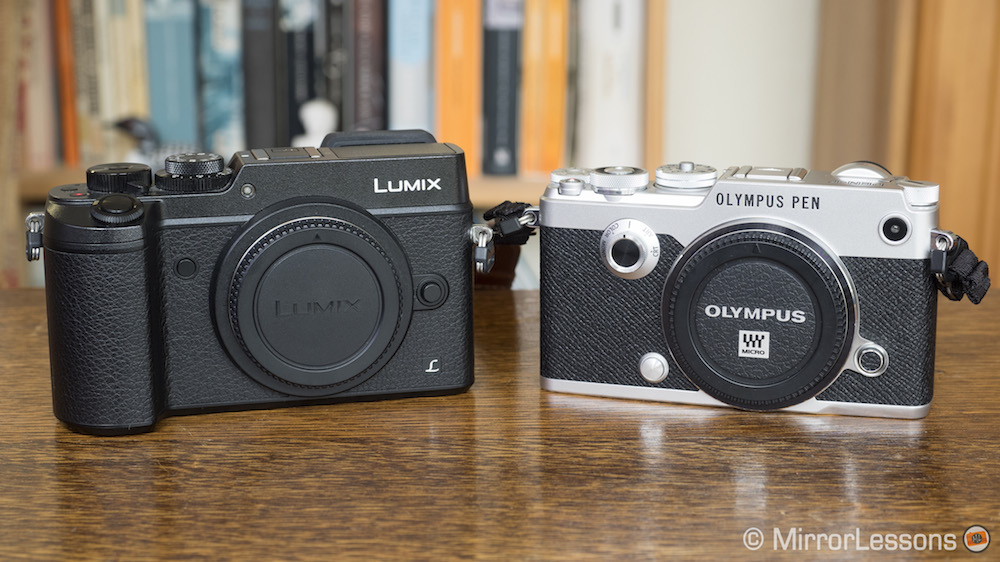 The very first Micro Four Thirds camera to receive a 20MP sensor was the Panasonic Lumix GX8. Announced back in July 2015, we knew it was only a matter of time before Olympus released a 20MP sensor camera of its own.

Instead of choosing to debut the new sensor on one of the high-end OM-D cameras, Olympus opted to give it the Pen F, the latest model in the Pen line-up. We highly suspect that it is the same Sony 20MP MFT sensor used inside the GX8, although pigs will fly before rival companies openly admit to using the same technology!

In this article, we’re going to take a look at the image quality produced by the 20MP sensors inside the GX8 and Pen F to see if there are any noticeable differences. To do this, we took a series of images with the same shutter speed, aperture, white balance, ISO, picture profile and lenses in various conditions.

Let’s have a look at the results below!

Ethics statements: This article was originally produced in 2016 for MirrorLessons, our camera review website. We then transferred it over when its comparison section was upgraded to the very website you are visiting right now. We purchased the Lumix GX8 for our personal use while the Pen F was loaned to us by Olympus. We were not asked to write anything about these cameras, nor were we provided any other compensation of any kind. Within the article, there are affiliate links. If you buy something after clicking the link, we will receive a small commission. To know more about our ethics, you can visit our full disclosure page. Thank you!

What will immediately catch your eye is the difference in white balance, even though the Kelvin value is identical. The Panasonic camera produces a noticeably cooler rendering than the Olympus. This is something we noticed while comparing the sensors of the GX8 and E-M1 as well, so it wasn’t a surprise.

However, the differences in the RAW files of the two cameras begins and ends here, as the sharpness, dynamic range and ISO performance are all extremely similar. These similarities definitely support the theory that the GX8 and Pen F use the same 20MP Sony sensor.

We have to say that personally we prefer, and always have preferred, the rendering of the Olympus JPGs due to their natural and true-to-life colour palette.

A useful feature of the Pen F that first appeared on the OM-D E-M5 II is High Res Shot. This function shifts the sensor in half-pixel steps, capturing 8 images over a period of 1 second. The camera then combines these shots into one high resolution image. Since the Pen F has a 20MP sensor, the final JPG has a resolution of 50MP while the RAW file is a whopping 80MP.

Of course, as with many great features, there is a caveat; the camera must be stabilised on a sturdy tripod and pointed at a static subject for it to work effectively. This is because any movement caused by either camera shake or moving subjects within the composition will result in the appearance of artefacts where the camera failed to merge the images properly.

Unfortunately, this means High Res Shot has limited use. It is perfect for still life, architecture and static landscapes but cannot be applied to street, portrait, astrophotography or any other genre where movement is a possibility.

Below you’ll find a comparison between two JPGs, one taken with the GX8 and its 20MP of resolution and the other with Pen F’s High Res Shot mode (50MP). As you can see, the Pen F resolves much more detail than the GX8 (right down to the dust covering my dad’s steam engine!).

Is there a big difference between 16MP and 20MP?

As we discovered in a previous comparison between the GX8 and E-M1 on MirrorLessons, the differences between the 16MP and 20MP Micro Four Thirds sensor are verging on non-existent. Granted, that extra boost in resolution may make a small difference if you print your images on a large scale but it can’t be called a game-changer.

If you are thinking of investing in a Micro Four Thirds camera, rest assured that you need not be afraid of choosing the 16MP sensor, as the benefits of the 20MP sensor are minute in comparison.

The Panasonic GX8 and Olympus Pen F were the first to house a 20MP Micro Four Thirds sensor, but they certainly won’t be the last. Panasonic and Olympus’ new flagships, the GH5 and E-M1 II, both have a brand new version of the sensor and it is very likely that this resolution will remain the reference for at least a couple of years to come.

Now, the question everyone one everyone’s minds is:  just what is the pixel limit of the Micro Four Thirds sensor?

It is hard to say for sure, as today’s conventional camera technology could dramatically change between now and five or ten years into the future. Indeed, were you to turn back the clocks and chat with someone in the ’80s about instantaneous digital images, they would look at you as if you were completely insane!

All things being equal, I believe that the sensor still has lots of room left to grow, a sentiment shared by many in the business. As CTein of The Online Photographer states in his article on the topic:

We’ve got a way to go in terms of pixel counts before we are forced into unpleasant tradeoffs. Understand, the engineering and technology has to advance to allow this, but there’s nothing in the laws of physics that prevents that. It’s just steady progress.

And even if Micro Four Thirds cannot keep pace with the sensor resolution race, there are many other ways that Olympus and Panasonic can improve the image quality of their cameras.

Sony, for example, has begun using Stacked / BSI (back-illuminated) technology on its most recent sensors, whose novel arrangement of imaging elements improves low-light performance. While it hasn’t been used on a MFT sensor yet, there is no reason we shouldn’t see it employed in the near future.

And then there is the possibility of using High Res Shot for hand-held photography. As Setsuya Kataoka (General Manager of Olympus’ product and marketing planning division) stated in an interview with DPReview:

In short, I believe that there is a long and fruitful life ahead for Micro Four Thirds sensors, and the progression from 16MP to 20MP is only the tip of the iceberg.

Check price of the Panasonic Lumix GX8 on

Check price of the Olympus Pen F on