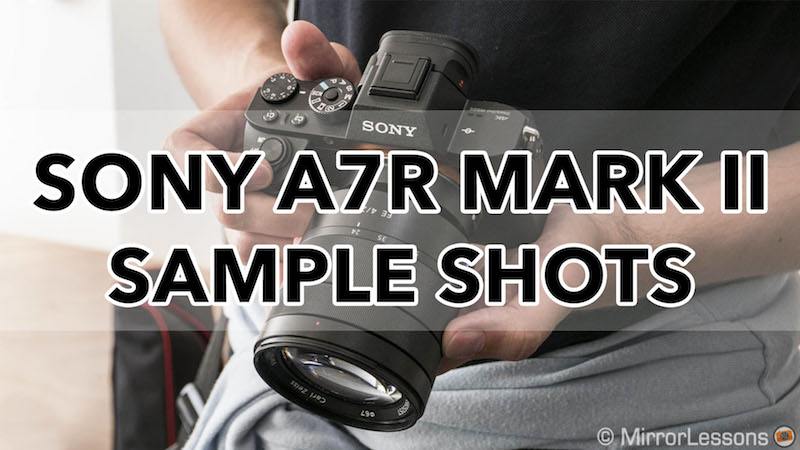 The Sony A7r II is a full-frame mirrorless interchangeable lens camera in the Sony E-mount range. It took the place of the first generation A7r in 2015 and has since been succeeded by the A7r III.

The A7r II is a high-resolution model whose star feature is its backside illuminated 42.4MP full-frame sensor. However, unlike its predecessor, it is a much more well-rounded model thanks to its fast hybrid AF system with 399 phase detection points across the sensor, 4K video up to 30fps, various picture profiles including S-Log2 gamma and 5-axis in-body stabilisation.

In this article, you’ll find a gallery of the best sample images we took with the Sony A7r mark II during the two years that we owned it. In the second part, you will find a selection of sample SOOC JPG and RAW files to download.

Ethics statement: We bought the Sony A7r II for review purposes in 2015 and subsequently sold it to fund the A7r III. We were not asked to write anything about the camera, nor were we provided with any sort of compensation. Within the article, there are affiliate links. If you buy something after clicking the link, we will receive a small commission. To know more about our ethics, you can visit our full disclosure page. Thank you!

The following gallery features a series of twenty Sony A7r II sample RAW images, all of which were edited in Lightroom and exported as JPGs. Each image is accompanied by information about the shutter speed, aperture, ISO value, and lens used.

The following is a selection of unedited SOOC JPG and RAW samples for you to download and experiment with. (Note that Sony RAW files are called .ARW)

If you’re curious to find out more about the capabilities of the Sony A7rII and how it compares to similar camera models on the market, we invite you to take a look at the following comparisons.