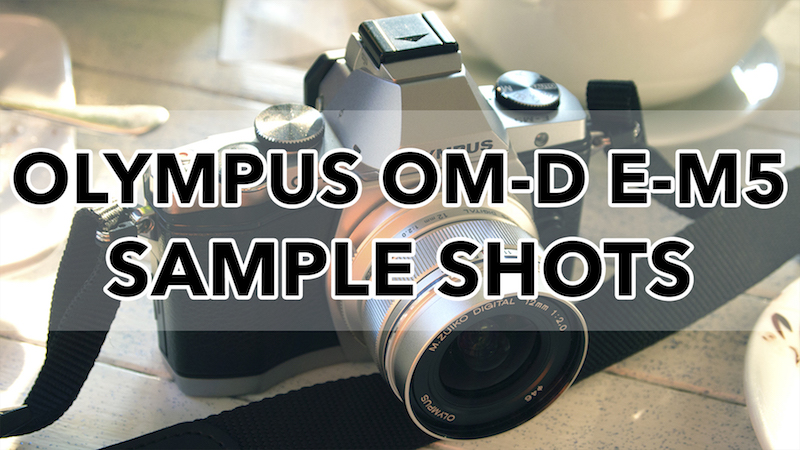 The Olympus OM-D E-M5 was the very first OM-D model in Olympus’ range of Micro Four Thirds cameras. Its stylish retro design is based on that of the Olympus OM series of film cameras.

Despite being one of the older mirrorless models, it comes with a variety of features that make it a relevant choice even today, such as a magnesium alloy chassis with weather sealing, 16MP Micro Four Thirds sensor, 5-axis in-body stabilisation, 9fps continuous shooting, a reasonably quick contrast detection AF system, built-in EVF, tilting touch sensitive LCD, and extra functions such as Live Time and Live Bulb. It was succeeded by the OM-D E-M5 mark II in 2015 and a third generation model is expected sometime this year.

On a personal note, the OM-D E-M5 was first mirrorless camera we ever bought and was in part the inspiration for our family of mirrorless websites.

Ethics statement: We bought the OM-D E-M5 for review purposes in 2013 and later sold it to fund other gear. We were not asked to write anything about the camera, nor were we provided with any sort of compensation. Within the article, there are affiliate links. If you buy something after clicking the link, we will receive a small commission. To know more about our ethics, you can visit our full disclosure page. Thank you!

The following gallery consists of sixteen Olympus OM-D E-M5 sample RAW images, all of which were edited in Lightroom and exported as JPGs. Each image is accompanied by information about the shutter speed, aperture, ISO value, and lens used.

The following is a small selection of unedited SOOC JPG and RAW samples for you to download and experiment with. (Note that Olympus RAW files are called ORF.)