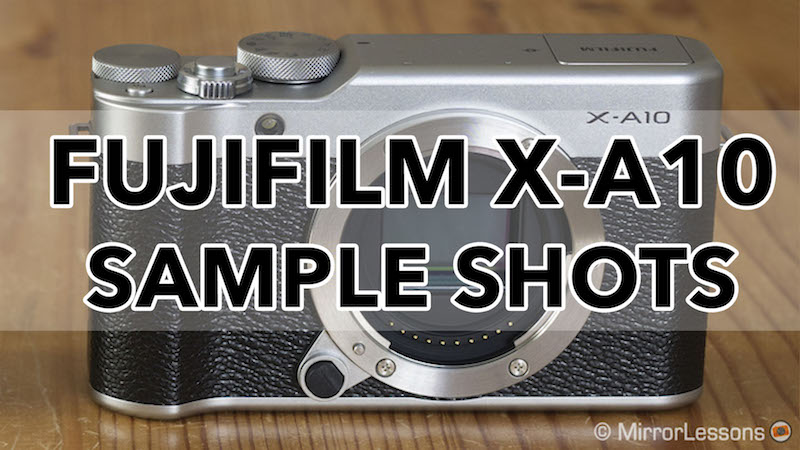 The Fujifilm X-A10 is an entry-level model in the X-A range of Fujifilm’s X Series which features a 16MP Bayer CMOS sensor. Sitting directly below the X-A5, it is also the most affordable Fujifilm interchangeable lens camera on the market today if we exclude discontinued models. It features the same X-mount as all other cameras in the series but comes with a less robust build, fewer dials and buttons and more beginner-friendly interface that includes the PSAM mode dial on the top plate and the 180-degree tilting screen on the rear.

In this article, we’ve put together a gallery of the best sample images we took with the Fujifilm X-A10 while testing it for a month in 2017. You’ll also find links to a selection of sample SOOC JPG and RAW files to download after the gallery. We hope they give you a good idea of the camera’s capabilities!

Ethics statement: We were loaned the Fujifilm X-A10 for review purposes for a month in 2017. We were not asked to write anything about the camera, nor were we provided with any sort of compensation. Within the article, there are affiliate links. If you buy something after clicking the link, we will receive a small commission. To know more about our ethics, you can visit our full disclosure page. Thank you!

The following is a gallery of fourteen Fujifilm X-A10 sample RAW images, all of which were edited in Lightroom and exported as JPGs. Each image is accompanied by information about the shutter speed, aperture, ISO value and lens used.

If you’re curious to find out more about the capabilities of the Fujifilm X-A10 and how it compares to similar camera models on the market, we invite you to take a look at the following comparisons.