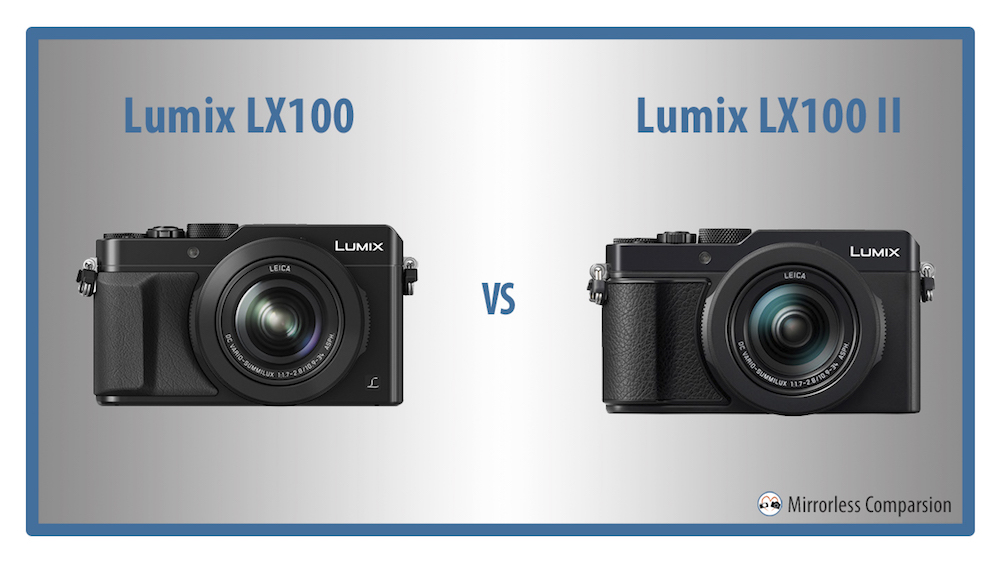 Much of the Panasonic Lumix range consists of interchangeable lens cameras with a large Four Thirds sensor and fixed zoom compact cameras with a sensor equal to or smaller than 1-inch, but there is one exception that inherits the best of both worlds: the Lumix LX100. Announced four years ago, this premium compact camera boasts not only a Four Thirds sensor but also flexible 24-75mm equivalent zoom with a fast aperture range of f/1.7-2.8.

Today Panasonic announced the mark II version of this popular model whose main upgrades include a higher resolution sensor and a touch sensitive screen. If you’re curious to know more about how these two models compare, be sure to keep on reading!

Ethics statement: The information supplied in this article is based on official specifications and our personal experience with the Lumix LX100. We were not asked to write anything about these cameras, nor were we provided with any sort of compensation. Within the article, there are affiliate links. If you decided to buy something after clicking the link, we will receive a small commission. To know more about our ethics, you can visit our full disclosure page. Thank you!

The star feature of the LX100 and LX100 II is their Four Thirds sensor which is larger than those of most other zoom compacts on the market today. The LX100 II, being the more recent model, offers 21.77MP of total resolution whereas the LX100 has 16.84MP.

Panasonic has confirmed that the LX100 II lacks a low-pass filter which should increase sharpness but also leave the camera vulnerable to aliasing and moire. If the original LX100 does have a low-pass filter, it is likely very weak according to Imaging Resource.

Because the LX100 II uses the same sensor and processor as the GX9, we can also expect better JPG colour rendering.

A welcome addition to the LX100 II is a touch sensitive rear LCD monitor. Using the monitor, you can swipe through your images in playback mode, browse the menu, access five extra function buttons, and more.

Also included is the Touchpad AF feature, which allows you to position the AF point using the LCD while looking through the EVF. Sadly you cannot limit the active area to one part of the screen, so you might find that your finger or nose ends up changing the AF point inadvertently.

To the chagrin of many, the panel remains fixed on the new model, just as it was on the LX100. This means it won’t be as useful for vlogging as a camera with a fully articulating screen. Both are 3-inch types but the LX100 II’s has more resolution (1.24M versus 921K).

To be honest, there aren’t many differences to point out as far as the design goes. The two cameras look almost identical, with the main differences being the location of the physical function buttons (there are now five instead of three), the design of the LX100 II logo on top and the disappearance of the L on the front.

The LX100 II is available in black whereas the LX100 comes in both black and a very attractive rose silver. I purchased the latter for myself but found that the silver paint was prone to scratching off with use. 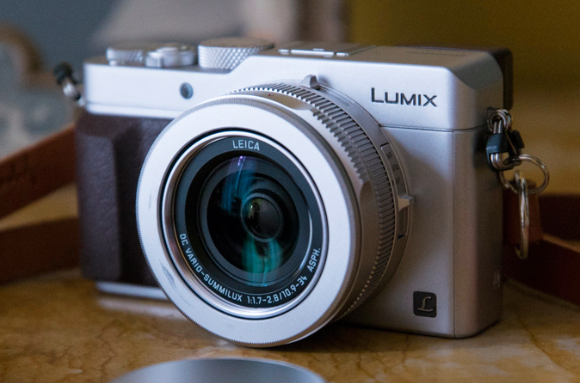 Sadly neither camera comes with a microphone input.

Both cameras come with ‘4K Photo’ which allows you to save a JPG frame in-camera from 4K footage shot at 30fps.

However only the LX100 II benefits from the very latest 4K Photo modes and features including:

The LX100 comes with a total of seven photo styles, in addition to which the LX100 II features two of the latest monochrome filters: L.Monochrome and L.Monochrome D. They are designed to emulate the look of black and white film which is enhanced by a Grain Effect filter with three levels of intensity (Low, Standard, High). As with all photo styles, they only affect the look of the straight out-of-camera JPGs.

When shooting in 4K, the LX100 II performs a 1.34x crop, meaning that the field of view is equivalent to approximately 32mm at the widest zoom setting and the sensor region used is slightly smaller than a standard 1-inch chip. The LX100 by contrast only performs a 1.2x crop.

A small yet significant difference for those who like to immediately share their images online is that the new LX100 II comes with Bluetooth 4.2 in addition to WiFi. This means that the camera enables a constant connection with your smart device for instant image sharing.

The LX100, being an older model, only comes with WiFi connectivity.

Despite the LX100 having a USB port, you aren’t able to charge the camera via USB. Instead you had to use a separate charger which is provided in the box.

The LX100 II can be charged via USB, which is useful if you are on the road and need to give your camera a quick boost. 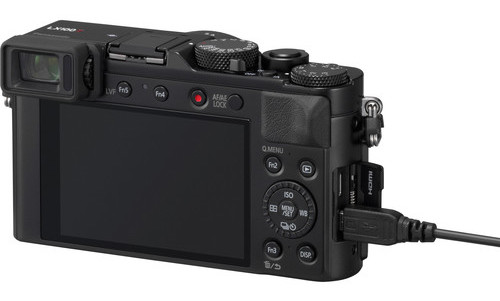 In addition to the exposure bracketing mode found on the LX100, the LX100 II now gives you the possibility to use focus, aperture, white balance and aspect bracketing.

Whether you feel the LX100 II is a worthy upgrade from the LX100 will largely depend on how much importance you place on having the extra resolution and touch sensitive screen. If neither interests you, there is no reason not to continue using the original LX100 since almost everything about the two cameras is identical, especially in terms of the design and handling. Alternatively if you were let down by the lack of a tilting screen or microphone input, you could always switch to an interchangeable model such as the Lumix GX9.

Check price of the Panasonic Lumix LX100 on

Check price of the Panasonic Lumix LX100 II on