Lens manufacturer Venus Optics turned some heads at Photokina 2016 when it announced the widest rectilinear prime for the Micro Four Thirds system, the Laowa 7.5mm f/2.0.

It differs from the other ultra wide-angle offerings for the system in that it is small, fast and happens to be a manual focus prime instead of an autofocus zoom. Its compact design make it the perfect companion for aerial photography, travel or any situation that requires the lightest set-up possible. 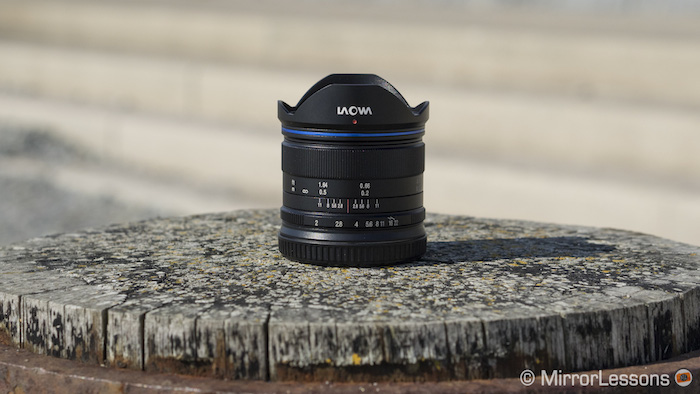 When we received the lens to review, we also had the good fortune of having the Olympus M.Zuiko 7-14mm f/2.8 PRO, Panasonic Lumix 7-14mm f/4 and Panasonic Leica 8-18mm f/2.8-4.0 in for testing at the same time. Since all three have a similar field of view to the Laowa at the wide end – 7mm on the Olympus and Lumix and 8mm on the Leica – we were able to perform some quick sharpness tests to see how they compare.

Ethics statement:  We were loaned the four lenses in this article. We were not asked to write anything about these products, nor were we provided with any sort of compensation. Within the article, there are affiliate links. If you buy something after clicking the link, we will receive a small commission. To know more about our ethics, you can visit our full disclosure page. Thank you!

Since I’d already compared all the wide angle zooms for Micro Four Thirds on a previous occasion, I knew going into this four-way comparison that their sharpness at a distance close to infinity would be almost identical across the aperture and zoom range. The Leica lens is a little softer than the Olympus at f/2.8 but otherwise, they perform in a very similar fashion.

When we compare the Laowa 7.5mm to the Olympus and Lumix at 7mm and the Leica at 8mm, we can see that the results are already very good at f/2. In fact, the results at this aperture seem to be somewhere in between the performance of the Leica and Olympus at their shared maximum value of f/2.8. The Lumix is the sharpest, which makes sense since its fastest aperture is f/4.

Stopping down to f/2.8 on the Laowa brings it very close to the performance of the Olympus lens.

At f/4 and f/5.6, all four look very similar whereas beyond f/8, the Laowa actually appears to be marginally sharper than the other three lenses.

2. Sharpness at a close working distance

At a closer working distance of around 1 metre, we can see a similar trend develop.

Stop down to f/2.8 on the Laowa and it improves to the point of being able to compete with the Lumix at f/4.

When all four are set to f/4 and f/5.6, they perform very similar manner, whereas beyond f/8, we see the Laowa take a slight lead once again.

3. Sharpness in the corners

Important update: Our first tests were performed with a de-centred copy of the Laowa 7.5mm. While the centre performance was fine, the corner performance was poor. For this reason, we asked Laowa to send us another copy of the lens so that we could perform a second set of tests, which you’ll find at the end of this section. We decided not to delete the original write-up as many of you were likely referred to this article from forums that discussed the issue.

Corner sharpness is a very good indicator of lens quality, especially in the case of wide angles such as these, so it shouldn’t come as a surprise that this is where the biggest differences between the Laowa and the three zooms lie.

The first difference, which is hopefully limited to my copy of the lens, is that the Laowa appears to be de-centred. This means that sharpness isn’t consistent across the frame. In this case, I noticed that the top right corner was consistently softer than the left when shooting in landscape orientation and it seems to suffer from astigmatism as well. The zooms, on the other hand, exhibit no such issue whatsoever.

Note: I focused on the corners rather than the centre of the frame for this particular test. Since the centre remains sharp, we can assume that the Laowa doesn’t suffer from field curvature.

To give the Laowa lens the benefit of the doubt, I opted to use the sharper left-hand corner as a point of reference for this comparison.

At their respective fastest apertures, we can see that the Laowa is much softer than any of the other three lenses. The best performers are the Leica and Olympus – which makes sense given that the cost double the price of the Laowa – followed by the Lumix.

As you stop down to f/5.6, the Laowa starts to improve but never reaches the level of the zoom lenses. The only value at which it gets close to the Lumix in performance is f/4.

It is only once you reach f/8 and f/11 that the Laowa attains an acceptable level of sharpness.

Below you will find an updated set of tests performed with the working copy of the Laowa 7.5mm. Because I had already sent the zoom lenses back when I received the working copy of the Laowa, I had to compare the Laowa images with the original zoom samples – hence the difference in exposure and colour of the sky. I used the opposite corner because the blue building on the left was covered in scaffolding when I revisited the spot!

As you can see, the Laowa is very sharp even at f/2 and f/2.8 and can easily compete with the zooms at each of their fastest apertures. Overall its performance is very similar to that of the Olympus zoom.

The performance only improves as you stop down, so much that I would say it is the sharpest of the four lenses by a small margin from f/4 onwards.

Important update: Our first tests were performed with a de-centred copy of the Laowa 7.5mm. While the centre performance was fine, the corner performance was poor. For this reason, we asked Laowa to send us another copy of the lens so that we could perform a second set of tests, which you’ll find at the end of this section. We decided not to delete the original write-up as many of you were likely referred to this article from forums that discussed the issue.

We felt it was important to perform a final ‘lens aberration’ test to see whether the Laowa and its fast f/2 aperture can work for astrophotography. Bright f/2 lenses are generally useful for this genre because they allow the sensor to collect as much starlight as possible in the shortest period of time.

When looking at the corners, you will notice what appears to be tangential astigmatism in the corners at both f/2 and f/2.8. This means that the points of light are stretched out into lines toward the centre of the image. The only area of the frame where you’ll find perfect points of light is in the centre.

Though there is still some slight tangential astigmatism in the extreme corners – particularly at f/2 – it isn’t anywhere near as bad as in the examples taken with the de-centered copy of the lens. By f/2.8, the corner performance is close to perfect. For these reasons, the Laowa would make an excellent companion for astrophotography work.

As for the three zooms, they all feature some slight coma in the corners at their fastest apertures but it isn’t any cause for concern. The Olympus is the best option for this genre because of its constant f/2.8 aperture but the Leica is also a good choice as you have access to f/2.8 at the widest angle.

Additional information about the Laowa 7.5mm

Before concluding, I would like to share some additional information about the Laowa since there currently aren’t many articles out there.

Distortion: There is some barrel distortion but this is only natural for an extreme wide-angle lens. Overall it is well-contained. 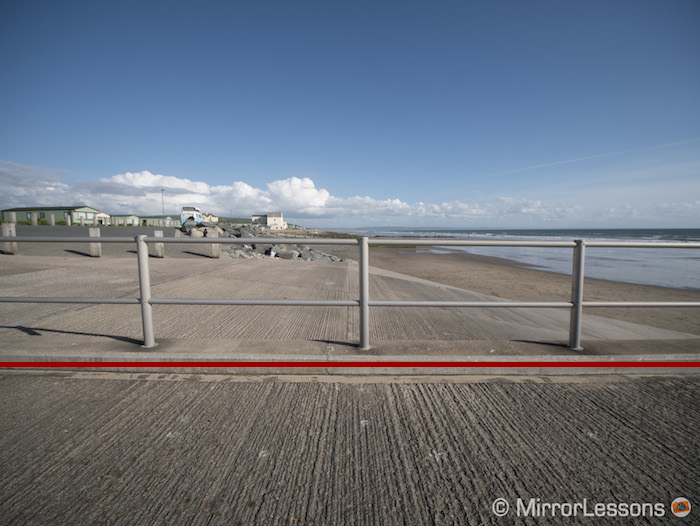 Flare: The Laowa is quite susceptible to flare and ghosting when there are strong light sources in the frame such as the sun or artificial lighting.

Vignetting: Corner shading is visible at the fastest apertures (f/2 and f/2.8) and only starts to become less noticeable at around f/11. This is also quite easy to fix in post production.

Since we already spent time comparing the wide-angle zoom lenses, we won’t talk about them here. Those interested in knowing more can check out the following comparisons:

My goal with this article wasn’t to perform a complete comparison between the Laowa and the wide angle zooms but rather to give you a taste of the differences you can expect if you decide to invest in this ultra wide prime.

The main appeal of the Laowa compared to the zooms is its compactness. Paired with a small MFT camera, it is the ideal solution for aerial photography or any outing where you want to travel as light as possible.

Though my original tests with the de-centred version of the lens suggested that the corners were quite soft, my second set of tests with a working copy of the lens made it clear that the Laowa can easily compete with the zooms in terms of sharpness right across the frame. In fact, I found it to be ever so slightly sharper in many cases – a result I most certainly didn’t expect.

It is also the best option for astrophotography of the four, as there is only some slight astigmatism in the corners at its fastest aperture of f/2.

The only annoying fault is flare when shooting into direct light sources. Otherwise I can confirm that Laowa has done an excellent job with this lens and were I an avid landscape or architecture photographer, I wouldn’t think twice about adding it to my collection. Our only hope is that no other copies have the same de-centering issue our first copy had.

As for the three zooms, there is little to say other than the performance is generally excellent across the frame. The Leica and Olympus, being premium zooms, naturally give the best results, whereas the Lumix is never too far behind despite being the oldest of the three.