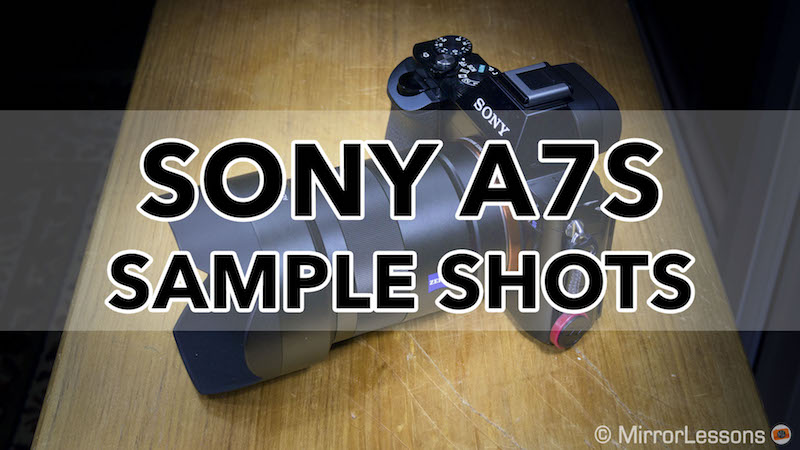 The Sony A7s is a mirrorless interchangeable lens camera with a 12MP full-frame sensor. It is classified as a “high sensitivity” model thanks to its native ISO range of 100 to 102400 (expandable to 50 and 409600). It records internally in 1080p up to 60fps and up to 120fps in 720p and APS-C mode. 4K is only available via the HDMI output. Other features include a 25 point contrast detection AF system, silent shutter, 5fps continuous shooting, and a built-in EVF and tilting LCD screen. It was succeeded by the A7s II in 2015 and a third-generation model is expected sometime in 2018.

In this article, you’ll find a gallery of the best sample images we took with the Sony A7s during the period that we owned it. In the second part, you will find a selection of sample SOOC JPG and RAW files to download.

Ethics statement: We purchased the Sony A7S for review purposes in 2014 and subsequently sold it to fund other gear. We were not asked to write anything about the camera, nor were we provided with any sort of compensation. Within the article, there are affiliate links. If you buy something after clicking the link, we will receive a small commission. To know more about our ethics, you can visit our full disclosure page. Thank you!

The following gallery features a series of twenty Sony A7S sample RAW images, all of which were edited in Lightroom and exported as JPGs. We’ve made a point to include a number of low light samples at high ISOs, as this is the primary forte of the camera. Each image is accompanied by information about the shutter speed, aperture, ISO value, and lens used.

The following is a selection of unedited SOOC JPG and RAW samples for you to download from Google Drive and experiment with. (Note that Sony RAW files are called ARW.)