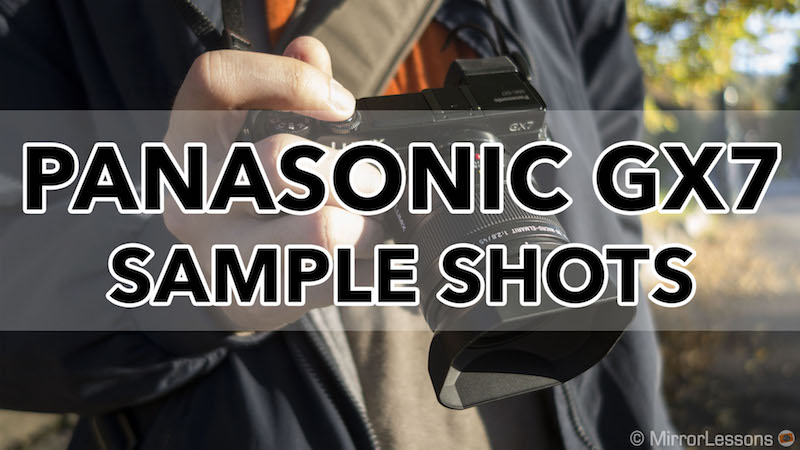 The Panasonic Lumix DMC GX7 is a mirrorless interchangeable lens camera that uses the Micro Four Thirds mount. It was the first Micro Four Thirds camera from Lumix to employ in-body stabilisation, albeit on just two axes. (Competing models from Olympus already had IBIS on 5 axes at the time.) Other characteristics include a 16MP Micro Four Thirds sensor, a maximum shutter speed of 1/8000s, Full HD video capture, a silent shutter mode, and a tiltable built-in electronic viewfinder.

The first section of this article features a gallery of the best sample images we took while testing the Lumix GX7 in the field. In the second section, you will find a selection of sample SOOC JPG and RAW files to download. We hope you enjoy browsing through them!

Ethics statement: We purchased the Lumix GX7 for review purposes in 2013 and later sold it to fund other gear. We were not asked to write anything about the camera, nor were we provided with any sort of compensation. Within the article, there are affiliate links. If you buy something after clicking the link, we will receive a small commission. To know more about our ethics, you can visit our full disclosure page. Thank you!

The following gallery features a series of Lumix GX7 sample RAW images, all of which were edited in Lightroom and exported as JPGs. Each image is accompanied by information about the shutter speed, aperture, ISO value, and lens used.

A video feature that the Lumix GX7 inherited from the G6 is Stop Motion Animation.

Stop motion is an animation technique whereby you move an object in small increments between shots to give the appearance of movement when all the frames are played in a continuous sequence. You can see how it works by watching the short clip below.

Check price of the Panasonic Lumix GX7 on Amazon | eBay