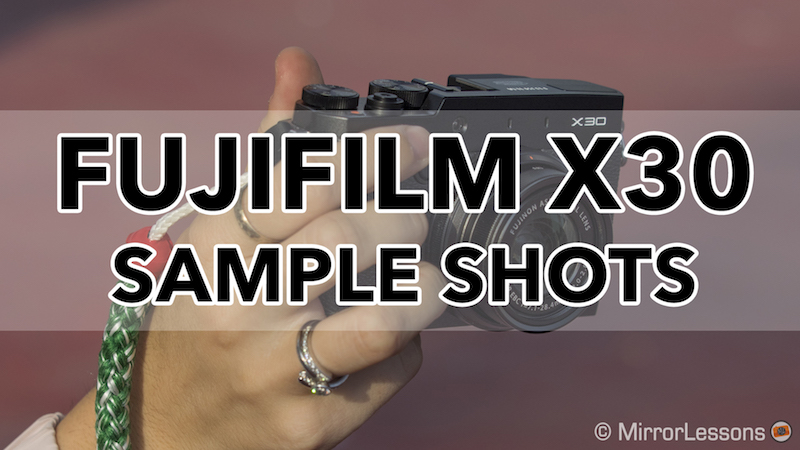 The Fujifilm X30 is the third-generation model in Fujifilm’s range of compact cameras with a 2/3-inch 12MP X-Trans CMOS sensor and 28-112mm zoom (35mm equivalent). Whereas its predecessors had an optical viewfinder, the X30’s is purely electronic. Other features include a 3-inch tilting LCD, 1080p video at up to 60fps, WiFi connectivity, and the popular ‘Classic Chrome’ film simulation mode which features heavily throughout this gallery.

Because the X30 was discontinued without a replacement, it is likely that it will remain the final model in the 2/3-inch series.

In this article, we’ve put together a gallery of the best sample images we took with the Fujifilm X30 while testing it in the field. You’ll also find links to a selection of sample SOOC JPG and RAW files to download after the gallery. Enjoy!

Ethics statement: We purchased the Fujifilm X30 for review purposes in 2014 and later sold it to fund other gear. We were not asked to write anything about the camera, nor were we provided with any sort of compensation. Within the article, there are affiliate links. If you buy something after clicking the link, we will receive a small commission. To know more about our ethics, you can visit our full disclosure page. Thank you!

The following is a gallery of twelve Fujifilm X30 sample images. Some are RAW files that were edited in Lightroom and exported as JPGs whereas others are SOOC JPGs taken with one of Fujifilm’s film simulation modes. Each image is accompanied by information about the shutter speed, aperture, and ISO value.