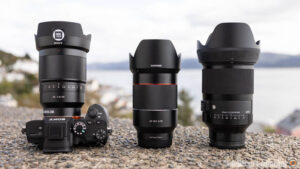 The full-frame E-mount series has grown exponentially in the last couple of years. This is mainly thanks to a massive effort from Sony but also the result of third-party manufacturers investing in the system. Today, photographers have a lot of choice when it comes to lenses. Take the classic 35mm focal length: there are no […] 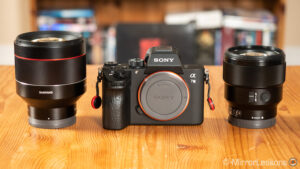 In terms of price, the Samyang Rokinon 85mm f/1.4 AF is the first 85mm lens in the FE catalogue to compete on an an equal footing with Sony’s own 85mm f/1.8 lens. Both cost in the region of $600 US, making them more affordable than the Zeiss Batis 85mm f/1.8 (which currently retails for around […] 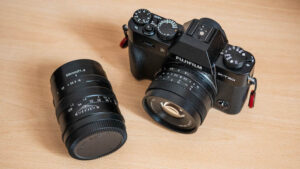 7Artisans is a Chinese company that produces affordable manual focus lenses for mirrorless systems such as Fujifilm X, Sony E, Canon EOS R and Micro Four Thirds. They launched with the 50mm f/1.1 lens back in September 2016 and have since produced twelve lenses including the popular 50mm f/1.8 and 55mm f/1.8 that feature in […] 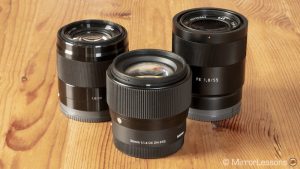 The Sigma 56mm f/1.4 DC DN Contemporary is the latest prime to join Sony’s range of APS-C E-mount lenses. With an equivalent coverage of 84mm in 35mm terms and a very fast 1.4 maximum aperture, it has all the characteristics you’d expect from a portrait lens, making it a very desirable product for Sony users. […] 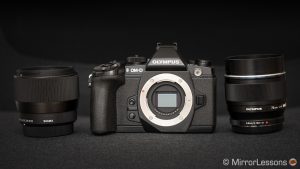 The Sigma 56mm f/1.4 DC DN Contemporary is a fast telephoto prime lens designed for Sony E-mount and Micro Four Thirds mirrorless systems. It becomes the third 1.4 lens in the series, following the popular 30mm f/1.4 and 16mm f/1.4. With its 112mm coverage in Micro Four Thirds terms, it targets those in search of […]