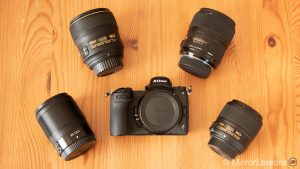 When the Nikon Z system was announced in 2018, much fanfare was made over the new mount which, in addition to being 55mm in diameter, also has a short flange depth of 16mm. This combination, according to Nikon, should allow for a new dimension in optical performance for current and future optics.